In the latest of these reports, the local social welfare association Caritas Macau said that since the start of the community outbreak of Covid-19 last month and over a period of just three weeks, the helpline The association’s suicide prevention and mental support group has received more than 500 requests for mental help, 18 of them directly related to suicide, the Hoje Macau (HM) newspaper reported.

The figure represents an exponential spike in the number of calls for help, which according to Caritas statistics exceeded the figure commonly received over four months.

“Usually, in a year, we receive between 45 and 50 calls [related to suicide prevention], but this year, we had more people looking into this issue. Right now, we need more resources and partners to help all of these people. We need staff working around the clock on this helpline,” Paul Pun, secretary general of Caritas told HM, adding that he expects the number of requests for help coming in through this phone line increases even more during the period. confinement, which will last until July 18.

“I expect that during this period of partial confinement there should be many more cases. Some of the requests we have received are already related to the lockdown which started on Monday. Many people feel enormous pressure, and for vulnerable groups the pressure is even greater. At least through this hotline they can express how they feel and share their emotional issues, to better cope with them and avoid committing suicide,” Pun said, indicating that among the more than 500 calls for help , most were for issues related to depression, anxiety, and family conflict.

Interviewed by the same media, psychologist Goreti Lima, currently in Portugal after several years of work in Macao, said that she continued to receive many requests from people she used to help in Macao.

Lima said a large number of residents continue to seek psychological help outside of Macau because they want to continue seeing professionals they have seen before but are no longer in Macau.

According to the psychologist, most of the problems on the line are related to depression and anxiety, people clinging to the past or worrying about the future.

“The problem is really how to manage and live in the present, and that’s a big part of the work I’ve done with them,” Lime said, noting that in the case of Portuguese and other foreigners, many continue to wish to stay in Macau for fear of displacing children studying in Macau schools, while others, those who are generally better off financially, mostly want to leave because “there is no [efficient] support network [in Macau] and many people do not trust local services.

Lima also noted the many cases of people practicing self-medication, namely those suffering from severe insomnia or stricken with anxiety or panic attacks.

Filipa Freire, another professional in the same field who had also worked in the territory, shared a similar story noting that many of her clients continue to reside in Macau.

“It’s a very heavy situation for the people of Macau, especially when you feel that the rest of the world has moved on to other types of policies to manage the pandemic. When we realize that things are different in other parts of the world, it makes us feel feelings of injustice and anger. People are exhausted and many are driven to act on their impulses and emotions. There is a lot of epidemic fatigue,” Freire said in reference to his experience with local clients.

The “social isolation” of older citizens causes the most psychological problems

According to a report by the Macao Daily newspaper, which cites the Peng On Tung Tele-Assistance Service group, social isolation of the elderly due to Covid-19 restrictions is targeted as the main cause of psychological problems for this group.

Pun Ka Lon, a representative of Peng On Tung, told the Macau Daily that a group part of the Federation of Neighborhood Associations, also called “Kai Fong”, said its hotline team had received nearly 200 requests for assistance from the elderly.

The same representative noted that most requests are not related to physical health, which has been steady at around 10 to 15 calls per day, but rather, most are related to the emotional state of seniors.

Pun noted that the closure of local restaurants was the factor reported by many to affect their emotional state, as “they used to spend most of their time during the day at these places chatting with friends and relatives.” , an activity interrupted by government order that banned catering establishments.

Study: 40% of the population suffering from mental disorders 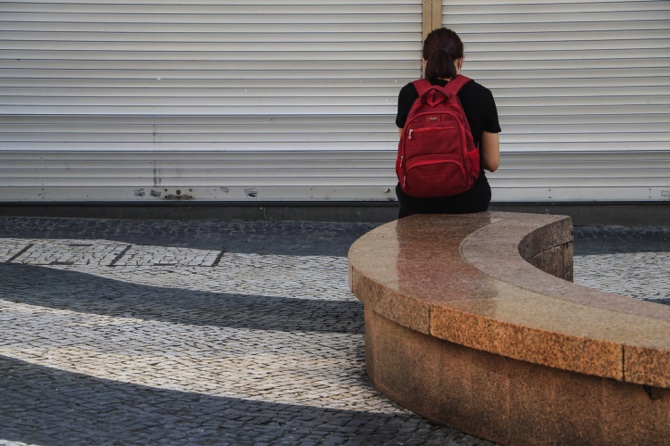 A study conducted by researchers from the University of Macao (UM) in collaboration with the School of Nursing at Hong Kong Polytechnic University and several leading national institutions for mental disorders in Beijing and Nanjing, found that nearly 40% of Macau’s population suffers from mental disorders such as insomnia, depression and anxiety.

The study titled “Network analysis of depression, anxiety, insomnia and quality of life among residents of Macau during the COVID-19 pandemic” will be published in the August 15, 2022 issue of the Journal of Affective Disorders, an academic journal dedicated to the publication of articles. concerned with affective disorders including depression, mania, mood spectrum, emotions and personality, anxiety and stress.

The study was based on an online survey conducted in Macau between August 18 and November 9, 2020.

He concluded that the prevalence of depressive, anxious and insomniac symptoms could be found in 38.5% of the 975 study participants.

The researchers also noted that this work is unique in that it is the first to investigate the structure of the insomnia-anxiety-depression network among residents of Macau.

Sleep problems were also found to be the main central symptom in the structure of the insomnia-anxiety-depression network, with “sleep maintenance” playing the most relevant role in the process. Insomnia was noted as the most important factor directly contributing to quality of life.

“Relaxation disorders”, “interference with daytime functioning”, “irritability” and “fatigue” are other factors identified as interfering with residents’ quality of life.

In two other academic papers on “Perceived Impacts of COVID-19 on Risk Perceptions, Emotions, and Travel Intentions: Evidence from Macau Higher Education Institutions” and “Understanding Government and Gambling Dealer Responses on COVID-19 through neo-institutional theory – the case of Macau”, both dating from 2021, the researchers also pointed out that the public health measures adopted in Macau during the outbreak of the Covid-19 pandemic were similar to those in mainland China. These include the issuance of a Level III (Moderate Level) alert on January 5, 2020 in Macau, which resulted in the suspension of group visas for mainland Chinese visitors to Macau on January 22, 2020, the suspension casinos and other places of entertainment operations for 15 days from February 5, 2020 and a ban on all non-resident workers (except mainland China, Taiwan region and Hong Kong) from entering Macau on March 19, 2020.

The control measures “had adverse economic effects on approximately three-quarters of the territory’s population who were directly or indirectly employed in casinos and other places of amusement, as well as on government tax revenues,” notes the first document. of research.

Another paper co-authored by Xiong Jiaqi of the University of Toronto titled “Impact of the COVID-19 pandemic on mental health in the general population: a systematic review” also noted that “lower socioeconomic status or unstable and unemployment are risk factors for developing psychiatric symptoms including anxiety, depression, psychological distress and stress during the COVID-19 pandemic.

From this perspective, many residents of Macau may experience serious mental health issues at this particular time.

Additionally, a large-scale nationwide study in the general population of China, which targeted a universe of 56,679 respondents, reported that the prevalence of symptoms of depression, anxiety, and insomnia was 27.9%, 31, 6% and 29.2%, respectively.