Rwanda and Bangladesh have made six pledges which will be implemented to address and prevent mental illness locally, but also suggested for other Commonwealth member states.

The pledges were made at the 2022 CHOGM Mental Health Side Event. The event was themed “Rethinking Mental Health: A Commonwealth Call to Support, Care and Transform” which aimed to address the importance of mental health in Commonwealth countries.

The event held on June 23 aimed to respond to continued calls from the global health community to address the growing global mental health burden that has been exacerbated during the COVID-19 pandemic, with lockdowns, global conflicts and economic hardship.

Other commitments are empowering people and health workers in the fight against mental health and advancing data, innovation and science to address mental health challenges in Member States of the Commonwealth.

“This haemorrhage of resources, this costly human tragedy, makes one thing clear: mental health is the foundation upon which the well-being of our communities rests. We cannot allow this foundation to crack, without joining forces to weld it together,” said First Lady Jeannette Kagame.

“There is no clarity in our common future, without sanity. And, there is no Commonwealth without common sanity!” Ms. Kagame said.

She pointed out that Rwandans are too well placed to know because their history is not only marred by the trauma of loss and undeniably dehumanization, especially during the 1994 Genocide against the Tutsi.

They said mental disorders include neuro-developmental disorders and that young people have been disproportionately affected by mental health during the COVID-19 pandemic and before.

“Rethinking mental health and addressing the social stigma of people with mental disorders has been a personal and national campaign. However, a lot of effort is needed. There is no life and no commonwealth without mental health,” said Dr Abdul Momen, Foreign Minister of Bangladesh.

In Rwanda, next year’s research is expected to update current data from 2018 that showed high incidences of mental health issues among youth and genocide survivors. 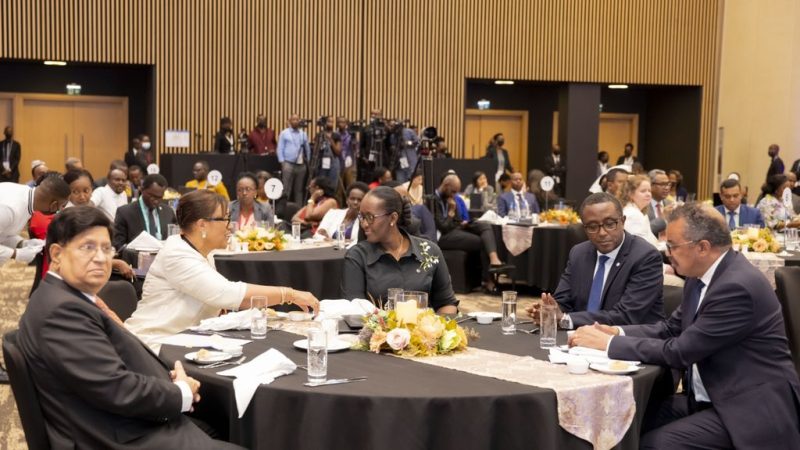 The research will be conducted by the Ministry of Health through the Rwanda Biomedical Center (RBC) to better understand the current state of the country following the COVID-19 pandemic.

Research has also shown that PTSD is the second leading cause of mental disorders behind depression (35.0%) and that at least one in five Rwandans suffers from a mental health problem.